Exorcist: "I wish that one day a Great Exorcism will be carried out in the Vatican." 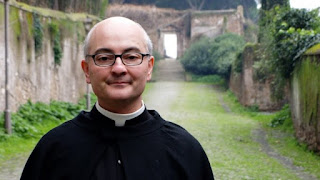 (Rome / Madrid) Father Gabriel Amorth, who died in September 2016, was severely criticized when he repeatedly said in interviews that there were satanic sects in the Vatican. Now another exorcist, "I wish that one day a Great Exorcism will be carried out in the Vatican."
In January 2008, Father Amorth said in an interview of Alexander Smoltczyk for the weekly magazine Der Spiegel :

"There are satanic sects in the Vatican. You can not see them. But there are."

Criticism of this statement also came from other exorcists. Father Amorth was exorcist of the diocese of Rome from 1986 until his death. From 1992 he was even the main exorcist in the diocese of the Pope (see Father Gabriele Amorth, the main exorcist of Rome, is dead - 30 years in the fight against the devil ).
Now Father Amorth was indirectly affirmed by another exorcist. Don Antonio Fortea, also priest and exorcist, said in an interview to the Spanish edition of Newsweek :

"I hope that one day a Great Exorcism will be carried out in the Vatican."

Don Fortea himself has already led aseveral large exorcisms . In one even "a cardinal" also took part.
The Spanish Don Antonio Fortea was ordained priest for the diocese of Alcalá de Henares in 1994. In the following years he devoted himself mainly to demonology. In 1998 he completed his studies of theology and Church history at the Facultad de Teología de Comillas with the work "The Exorcism in our time." When confronted in the course of his pastoral work as a priest with "problems of demonic nature", he deepened his studies on the subject and was awarded a doctorate at the Pontifical Athenaeum Regina Apostolorum  in Rome with a thesis on "Theological problems of exorcism practice."
He developed his own form for the Great Exorcism, which is directed against the presence of demons in certain places, buildings or even whole cities. This form is not approved by the Vatican, according to his own account. This is true, but it is more important, if it is not "forbidden" by the Vatican or any other ecclesiastical authority, specifies Don Fortea. There had so far been no Church complaint. Even a Cardinal had participated in such a Great Exorcism. He is always willing to defend this form before the competent authority.
Text: Giuseppe Nardi
Image: Wikicommons
Trans: Tancred vekron99@hotmail.com
Link to Katholisches...
AMDG
Posted by Tancred at 5:24 PM

Email ThisBlogThis!Share to TwitterShare to FacebookShare to Pinterest
Labels: Combat Against the Devil, Exorcism, satanism, Vatican

How interesting this is. We know demons are very active right now. No one could doubt this is so after looking at what is going on in our culture, actually, all over the world, so much anger, hatred, violence.
Given our times, I hope we all increase our prayer life. I'm going to. These are bad days.

Drain the swamp of vipers in the Vatican starting at the top.Then a Traditional Priest can Bless what remains .Bergoglios Heresy must end soon!

In Mexico an Exorsismo Magno was performed by Bishops, Cardinals and the Chief exorcist of Spain. The news reported the other day that murders by the drug cartels have gone down significantly. Such exorcisms are very beneficial. The exorcism on the Vatican should be done without notice to anyone. Announce it only after its been completed.

I'd rather see a fire and brimstone rain or Muslim decimation.

What about the Jews who lobby for and financially donate toward Muslim immigration?

For Jews, to forget history is suicide.

Many Jewish grandparents still given each grandchild a diamond. Just in case. Because you never know.

Jews who fund Muslim immigrants are as suicidal as the Catholic bishops who do the same thing.

Rome will be exorcised when the Third Secret of Fatima is revealed (I.e. the exact words of Our Lady which follow "In Portugal, the dogma of the Faith will always be preserved...").

A common pre-V2 Theological view held the Anti-Christ will be Jewish.
Going by the post WW2 timeline they do seem rather unstoppable.However,no human being is that smart clever & cunning to have almost every socio-political economic development go your way for over 100 years. (Federal Reserve founded 1913)
Could they be in league with supernatural forces?

Exorcism at the Vatican is is fact long overdue why it do it now and do it fast for the good of the church.

Prayer is much needed especially the Rosary and continuous Holy Hours. We must constantly pray for the Church, the Pope, the Hierarchy, for Christians, for World Peace, our goverring officials, the Souls in Purgatory.. and the needs are indèd endless. Our protection comes from staying close to God through the Sacraments and other helps the Catholic Church makes available to us. We must have a strong faith, hope in God's help, trust in God and use the 10 Commandments as our road map to Heaven.