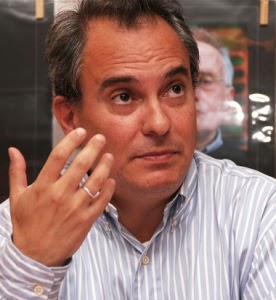 Ecclesiastical Cultural Understanding only B-Class: No Longer an Alternative to the World, but "Dialogue" with the World 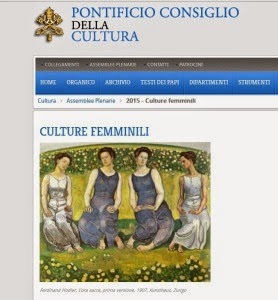 Females cultures: The website of the Pontifical Council for Culture on the topic of the next General Assembly
Father Pablo d'Ors describes himself as "erotic, mystical and weird". His life had been "full of loving relationships, reading and travel, also reckless". This helped him in his appeal that he discovered at the age of 27. "Knowing  human love, divine love helps to better understand" said the Claretian. "Could be. If indeed  so many chaste young men and young women  also apparently have dedicated themselves in the course of Church history with all their souls and with all their bodies God?" Said Messa in Latina about that.
The Church's understanding of culture is especially  "inappropriate" toda for Father d'Ors.  Compared to the high culture,   this understanding is only B-Class. It was necessary to adjust, stop trying to be an "alternative", but a Christianity in "dialogue" with the living world.

Priests are better living with a woman: "The time has come"

He has written several novels and is considered the "most German" among living Spanish writers. In one of his novels, the main character, a Slovak woman, goes to bed  with all the great writers of the 20th century. Pablo d'Ors said in an interview, a priest lives better with a woman at his side. Why? "Because the time is now ripe."  But that was only his "personal opinion".

Realignment of the Church Planned in Terms of Women Priests?

The Pontifical Council for Culture "can't  talk about it". There you will, however, talk about women priests. "I think there will be a  realignment at the next General Assembly"
He has also written some non-fiction books, including his most successful book Biografía del silencio (Biography of Silence), in which he says, each "should create a work of art". In line with this premise seems to be his default setting: "An important criterion to measure the spiritual vitality of a person is their willingness to change. To resist life is a sin, because life is in constant development ,"  according to the ancient Greek aphorism Panta Rhei .

To be allow himself to be "swept away by life"  - "If I were not a Christian, I would be a Buddhist" 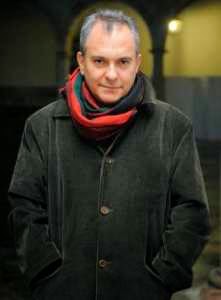 Pablo d'Ors and the art to "aggiornare"
Pablo d'Ors also advocates a "new form" of asceticism. It was outdated to build life on a solid rock,  because  on the quicksand  you can admirably  live an "authentic spiritual vitality". Rain, raging rivers, winds and storms are not a problem because one must  allow  himself to be "swept away by life".
To this end, the new Consultor of the Pontifical Council for Culture has offered courses for  years. To participate there is no spiritual formation and religious affiliation necessary, although the coursework is  "primarily" of the Christian tradition and "secondarily" derived from Zen Buddhism. Predictably   d'Ors said in an earlier interview: "If I were not a Christian, I would be a Buddhist."
To the La Repubblica question, what's the best way for a man to die,   d'Ors said: "By attentiveness and completion you forget yourself, which is the hardest part".
Nuova Bussola Quotidiana writes: "A few days ago I visited my old mountain parish. The pastor has not been around for a few years now.  He ascended into the sky. He literally sacrificed himself every day, to visit the sick and dying and to make them human, but especially the sacramental assistance and consolation. Because it was his wish that save their souls."

How Did You Get in Contact with Pope Francis?

The question can not be answered. Pablo d'Ors, currently heads a theater workshop at the University of Madrid, offers no clues. La Repubblica asked how he came to know Pope Francis, and he only said: "He probably will have  asked: Who is the most insignificant priest from Madrid?"
Pablo d'Ors, grandson of the famous Spanish art critic Eugeni d'Ors, is a student of the German Benedictine Father Elmar Salmann. In 1991 he was ordained a priest and sent by his order, the Claretians, to evangelize Honduras. After his return to Spain, he was university chaplain and specialized in literary workshops with a focus on dramaturgy and theological aesthetics in Spain and Argentina.
He learned through his contacts in Germany know the Jesuit Franz Jalics and established the  association Amigos del Desierto (Friends of the desert), which is also the title of a novel by d'Ors. The desert represents infinity. The novel portrays a wandering between Christian mysticism and Zen Buddhism.
Because of the arrest of Father Jalics and other Jesuits during the military dictatorship in Argentina,  the Order had reservations about Jorge Mario Bergoglio. Father Jalics forgave the Argentine cardinal after his election as Pope. He and the other Jesuits were not denounced by him, as was incorrectly stated. On October 5, 2013, Father Jalics was received by  Pope Francis  in Santa Marta. Nothing became  known about the content of the meeting.
Text: Giuseppe Nardi
image: Wikicommons / NBQ
Trans: Tancred vekron99@hotmail.com
Link to Katholisches...
AMGD
Posted by Tancred at 8:24 PM

He was called to be an advisor because he is a longtime public opponent of the Faith and morals.

Diabolic disorientation and no Catholic Faith., signs for sure
that most of this present hierarchy and clergy have gone to the devil.

This is clearly what is happening. We are generally speaking a flock without a shepherd. - we are o or ownnn.

I truly feel it I was told recently by a long-time Catholic friend that I was risking and in great danger of being outside the Church because I don't go along with everything Pope Francis says.

This is a good guy, father of a young family, not a liberal on morality etc.,

Every day gets worse and worse...Christian culture is now officially dead in Europe as these churchmen including Pope Francis have contributed to its demise by their neglect in defending perennial Catholic and thus Divine teaching on morals and life...

My heart sinks at what awaits us. If it weren't for prayer and the Rosary ...and knowing what is true...it would be very easy to fall iunto depression...


But - Long live Christ the King! And His Most Glorious Mother.

Barbara, it is IMPOSSIBLE to be outside The Church because of an UNJUST declaration by a lunatic bishop or pope. So do not fret about it but do pray for your extremely confused "good guy" friend for he is as off base as the loonies and his ignorance makes him part of the liberals whether he wants it or not.

It's pretty clear the kind of 'lifestyle' this priest follows. The BoR seems intent on rooting around the garbage bins of the Church to their very depths in order to surround himself with the most noxious trash.

Francis and Company is effectively "excommunicating" Jesus Himself and that is a fact. But we are not Protestants. We do not follow a leader (even a pope) who teaches what is in opposition to what Jesus taught.

Better to be Catholic in the catacombs than to be a heretic or apostate in their phony "church".

Nothing known about the content, but Tucho was there and Tucho is personal adviser of the boR.....his nick means plumber, argie, close friend of B. in BA. Concerning d'Ors he taught tantric buddhism and so on, if this can be considered catholic or christian, well, I fear there's a problem with him. We are in catacombs from the 13th of March A.D. 2013 the surface is not catholic, and God is not catholic anything else? MHK:

Seems like they are planning a "Gay Pride Parade" in the Vatican.

Pope Francis is destroying the Church.

First there's Ricci, then Immacolata, then Kasper and Schonborn and Co. And now, D'Ors - all claiming to be spokesmen of the Pope and whom the Pope does not deny.
Who is he to judge? He's the one who employs these people as his spokesmen. He's already judged them to be "good" He's the Pope. He can call evil good; he can square circles; he can call black white - and it will all be done because the "Holy Spirit" is at his beck and call.
God is not a magician, but I honestly think Pope Francis thinks he's God.

Like his previous four predecessors - nothing to choose between them as they were all liberal modernists trying to achieve what this fellow is doing more rapidly by cutting the corners. Yes, all of them are enemies of the church.

There's a clandestine one already.

"There's a clandestine one already."

Leon, I think that's in the past. I think they're going to 'come out'.

Hi Barbara, Please don't fall into depression, even though what is going is pretty horrible.
I found these two articles very helpful, because they showed how to hope in these difficult times.
http://www.pch24.pl/against-pharisees,31907,i.html#ixzz3IDTYDDeZ
Against Pharisees - Interview with + Athanasius Schneider
http://rorate-caeli.blogspot.com/2014/11/ten-tips-on-how-to-survive-calamitous.html
Ten tips on how to survive a calamitous Pope and remain Catholic

Exactly. All the kooks and idiots are crawling out of the woodwork and into the lap of the Pope.

It is sickening to see the men the BofR is choosing. There has been disunity and division and distrust and distress (tools of the enemy) since VII and when the Holy Sacrifice of the Mass was replaced with the 'novus ordo' of the Anglican communion but now it is worse than ever under this B of R.

Anything goes in the One-World Church except traditional Catholicism:

Dear Barbara
Take heart and keep your spirits up. I know how you feel, I have been depressed about this situation. It's best to pray for the young family man and all of us sailing on the Barque. I can see how easily the majority moved from the TLM to the NO by just following the Pope, but of course, now the problem is that we are being presented with a skewed morality upping temptation.

"..."the next General Assembly" of the Pontifical Council for Culture is for common ground, which will be convened in 2015 on the topic of "female culture", an "opening" in the direction of women priests. He will attend and is "absolutely sure". Pablo d'Ors added: "And I am not alone."

I don't believe it. They can discuss it, but I think it's a ruse. But, of course, a ruse that weakens the core.

I find it ironic that a Claretian priest is putting forward the notion of women priest, when the found of his order, St Anthony Mary Claret, was granted the consolation of carrying the uncorrupted Blessed Sacrament in his breast from Communion to Communion. Not only that, Our Lady gave baby Jesus to him to hold. The miracles surrounding this priest are amazing. Bodily healings, ability to read souls and a passion to preach the whole Truth and a thirst for souls. St Anthony Mary Claret must be in tears in heaven.

I suppose it is ridiculous for me to posit the question as to why this priest, Pablo d'Ors, hasn't been reigned in by his order yet.

How on the earth have these types of clerics find their way to Bergoglio?

Well thanks to all of for your encouraging responses! I will remember you all in my prayers at Adoration tomorrow...

And everyone else too!